Where are they now?

We recently caught-up with the six 2021 festival winners. In-short: Olivia Buonopane’s Sweet Dreams film has been selected for the Apex Film Awards and the Toronto Film Magazine Festival. Luca Yi is completing his HSC, and says the festival has helped him push his abilities and discover lots about his creative process. Chloe Kealy is pursuing higher education and hopes to return to filmmaking in the near future. Tom Herbert is working in the art department for a major production for Amazon. Ainsley Halbmeijer and Eva Torkkola have formed a partnership and are working together on a new documentary series. Read the complete interviews below. When I was around 8 years old I loved playing with my dad’s camera and made silly videos for my friends and family to watch. I was always interested and curious how behind the scenes of a filmmaking worked and used to always watch the special features of some films. My passion started to grow and I took my filmmaking a bit more seriously and eventually went to University to study film production.

I am currently working on my scriptwriting skills and cinematography skills. I am working towards writing a teleplay about a woman wanting to become a weightlifter in the 1940s. I am also working on multiple documentaries and television series as an Online Video Editor for WildBear Entertainment.

I have submitted Sweet Dreams in multiple festivals. It was then selected for the Apex Film Awards and the Toronto Film Magazine Festival. This year I am hoping to film more short films and submit into more festivals.

Being a part of the Very Short Film Festival has really helped me grow as a filmmaker. It has allowed me to build connections between other artists around Australia and to express our knowledge among each other. It has also had the benefit of sharing our stories and ideas as this is important as a filmmaker/storyteller.

I’ve been interested in filmmaking ever since I discovered stop motion as a kid. That’s what started me down the rabbit hole of animation and filmmaking and I hope to be digging for a long time.

Not since last year, unfortunately I’ve been too busy with my schoolwork but I’m excited to jump back in as soon as I can!

Entering the Very Short Film Festival made me push my abilities further, and I discovered lots about my process and the things I enjoy doing. Plus, it was an amazing experience seeing everyone else’s films.

Have as much fun in the process as you possibly can. It shows. 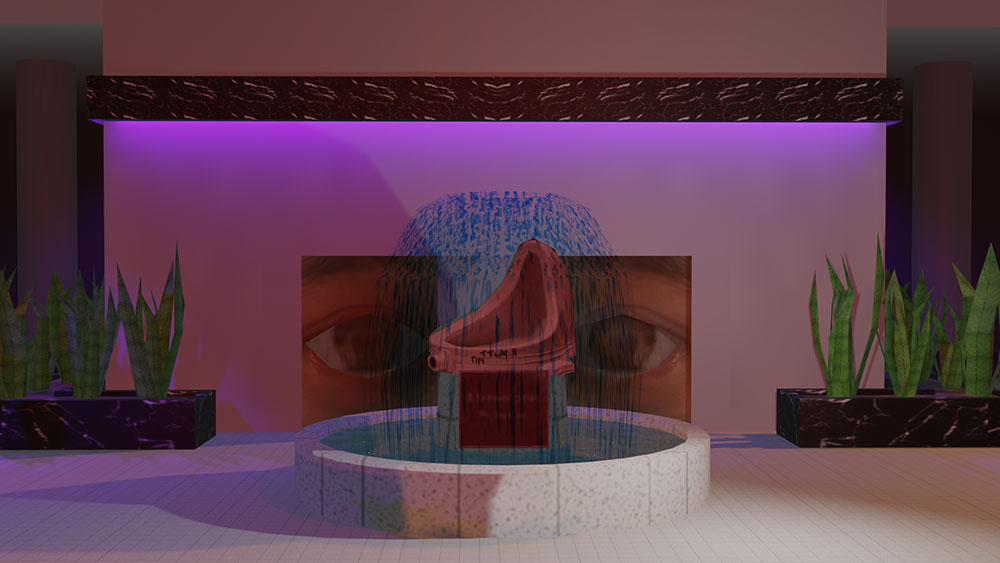 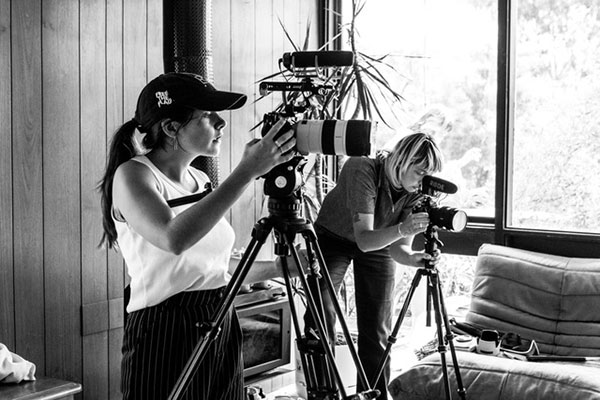 I first became interested in filmmaking after doing a very dry politics degree at university and realising I was completely missing the creative part of myself. Documentary filmmaking is where my heart lies, and I think this background informed that particular interest despite it taking me a little while to put two and two together!

I’m currently shooting a documentary series called The Elephant Room, you can follow along with on instagram @theelephantroom_doco

I’m working on a short film about witches that I’m planning on submitting to all of the national documentary festivals at the end of this year – keep an eye out!

The best thing about the VSFF was connecting with other filmmakers – Eva Torkkola, who I met at the festival, is producing The Elephant Room – this collaboration wouldn’t have happened without the festival!

Cheesy as it is, back yourself – your work is valuable and important, and if you believe in it then people will believe in you.

Coming from acting, I was a late bloomer to writing and directing. I had been doing a lot of performing in theatre shows in and around Melbourne but felt a bit stagnant and applied to do my Masters of Film and Television (Directing) at VCA. In doing so, a whole new world opened up – not just directing but also a huge passion for writing and even opportunities to explore documentary as well. Since writing my own scripts and directing films, I can tell this is something I’ll do until I’m 6 feet under the ground. Creating and living in different worlds, and getting to know characters more and more when you are writing scenes and researching different eras is utterly exhilarating. I really, really love it.

Since the Very Short Film Festival I wrote my first feature script, SOMETHING HAS DIED IN THE FOREST (ЩОСЬ В ЛICI ЗДОХЛО), which is my one true love honestly and the film I’m most passionate about getting made. I made a proof of concept for that in 2020 – the film is inspired by my grandparents coming over post WW2 from Ukraine and also is, in part, an exploration of my own sexuality. I’m planning to shoot a short film this year too titled Viktor which I wrote over the pandemic – it’s very wacky and dark and funny and going to be hell to make because I seem to write things that are kind of very hard to pull off like putting a swimming pool in a cinema – but I’m quite excited to throw myself into that soon. Also, I recently found out I might be heading to Greece mid-year to finish a documentary I’ve been working on for a year or so now which would be incredible. You can find out more about my projects and see some of my work here: evajusttorks.com/film.

I haven’t submitted Bound to any other festivals (which was an open winner in last year’s Very Short Film Festival) – but once I finish Viktor I will enter that into the mix of them for sure. I’m not as mentally geared for festival submissions if I’m being honest; excel spreadsheets aren’t exactly my close friend and I tend to write names of festivals on notepaper when I hear about them and then stare at a tree for a day and forget all about it. But I have had some of my other films play at a few festivals which has been lovely, but sadly because of the pandemic I haven’t been able to follow them around and see them play overseas which I’m hoping to do one day. I do know though that even if your film doesn’t get selected for a film festival, it can still help to get your name on the festival organiser’s radars – I’ve made some great industry connections that way too.

Apart from getting to meet the other amazing filmmakers, judges and Very Short Film Festival organisers on the trip to Tasmania, dancing to some funky music with a large glass of wine (or three) at the screening and staying in the coolest glamping tent that ever there was – I became good friends with one of the other winners at the Very Short Film Festival, Ainsley, who took out the top prize with her beautiful short The Hotline. We are currently working on a documentary together called The Elephant Room and we have already filmed two episodes which are looking pretty incredible!

10000% go for it! If you have a short film already, or are currently making a film that speaks to you and the festival theme, then definitely enter. I not only had a great time, and won some prize money unexpectedly which I am putting towards my first camera, but I also made some amazing friendships with brilliant creatives that I’m still working with today. And let’s be honest, who wouldn’t want to a trip to incredible Tasmania? I’m inclined to go back this year if I can just because it was such a fabulous time. So, best of luck to everyone submitting a film. Got to be in it to win it! I was a winner in the Very Short Film Festival in 2021. I guess what first got me interested in filmmaking was seeing the behind the scene features of movies and seeing what goes on behind the camera which made movie magic which I was really interested in. Particularly the Harry Potter series which were quite influential on me at the time.

Apart from working on my individual projects. I am also in the art department for a feature film for Amazon called ‘Foe’. It was a book in 2018 that has been adapted into a film now. It’s set in the not so distance future and a commentary on climate change. That will be released in 2023. Just working on a large scale production like that is something to behold it’s a lot of work and time and money goes into it. We’re building a house and a barn at Winter Wetlands about 2.5hrs from Melbourne and in Docklands Studios in Melbourne. That is what I have been working on most recently.

Yes, I have been submitting work to other festivals. Most recently the My Rode Reel Competition for road mics. It has a similar platform to the Very Short Film Festival. It’s a three minute film you submit with great prizes as well. I will be submitting to that again in the future.

The key benefit for a festival like the Very Short Film Festival apart from the prize money which enabled me to buy more gear so as I could continue to make short films. But also just the networking and meeting other like-minded people and getting to see what else is out there and where everyone’s creativity takes them.

The advice I would give anyone wanting to enter the Very Short Film Festival just do something that you really want to do. Audiences love authenticity so try not to think about it too much and let your creativity run wild and see what happens.

The interest of filming was actually brought to me by a work colleague and we made a video and went from there.

Currently no, I am not working on anything but I reckon in the near future once my medical degree progresses I will definitely.

There has been a lot of benefits from submitting my video in the Very Short Film Festival. I got to meet a lot of very cool people and talk to them about their experiences.

The advice I would give someone entering the film festival in 2022 would be follow your heart submit what you like and make the effort to talk to all the important people that you get to meet. 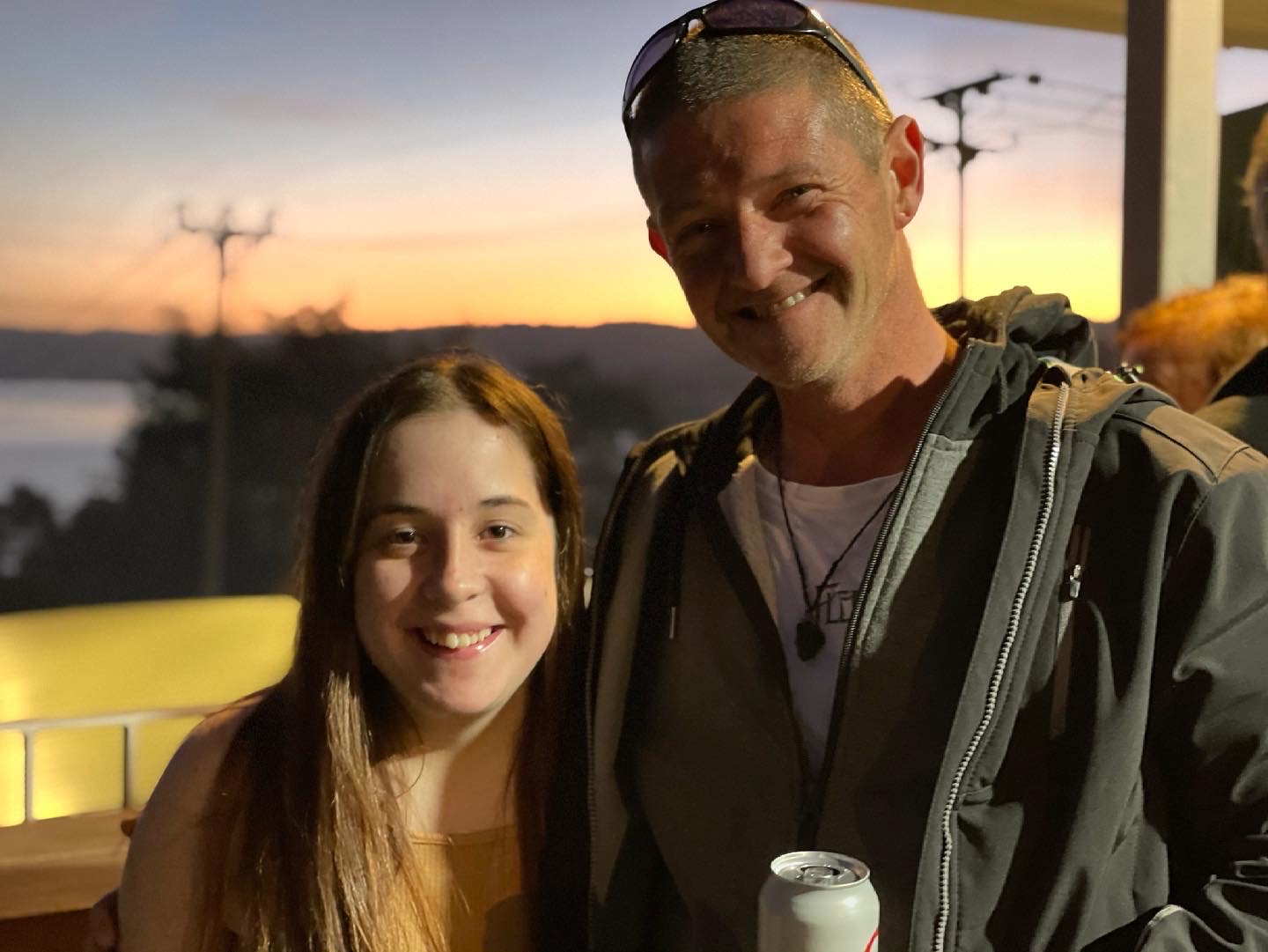